Congratulations to Claire Law who took part in an arduous 100 kilometre televised challenge to raise funds for Comic Relief.

Claire, whose daughter Olivia attends Beanfield Primary School, signed up for the Red Nose and Spoon Challenge to raise awareness and funds for Steps, a Loughborough charity which works with her daughter Evelyn, who has special needs.

Claire, who also has a son, Oscar, was one of two people selected for the One Show’s Jermain Jenas’s yellow team, competing against Alex Scott’s blue team. Each team completed socially distanced circuits around an estate in the Chilterns, taking turns to balance a soft toy tomato on a spoon. They walked tens of miles each day with elevations equivalent to completing the Three Peaks Challenge! 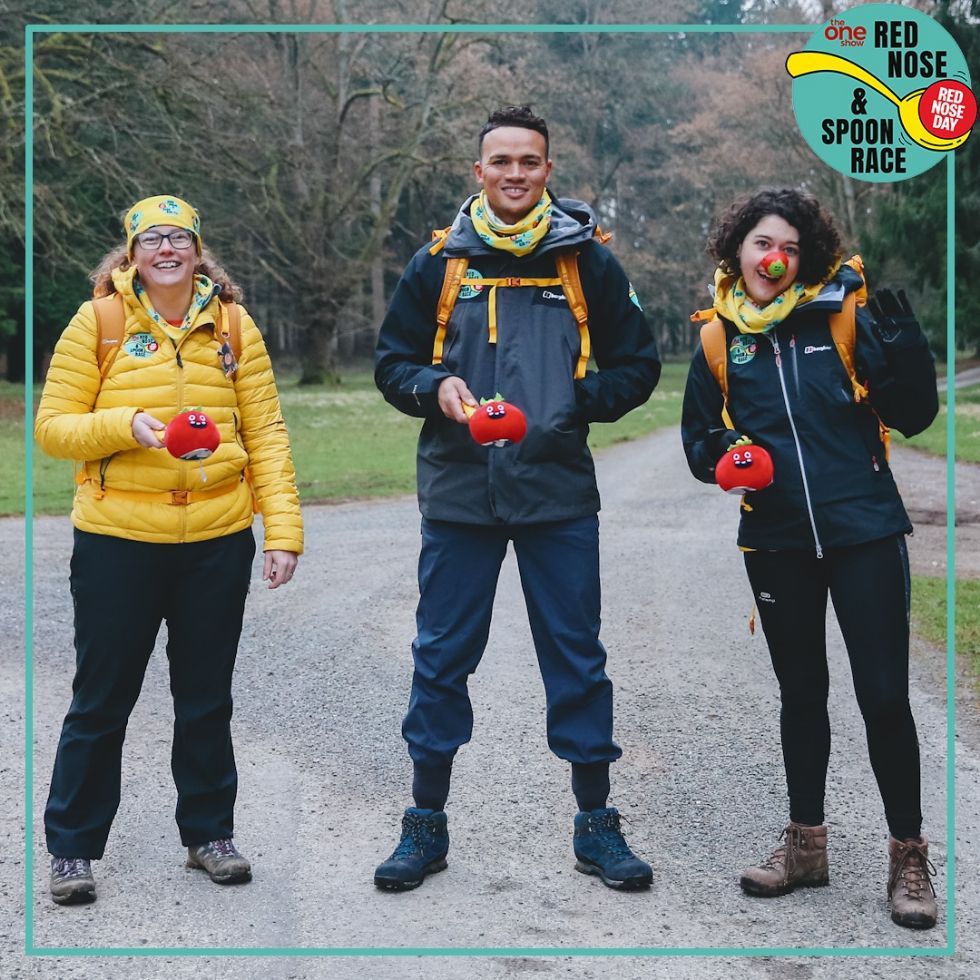 'It was scored on overall speed of walking and there was a five minute penalty every time you dropped the tomato. Our walking time was about 26 hours and 20 minutes. Blue team was about a hour and a half slower than that. We dropped our nose 16 times and they dropped theirs 46 so they were convinced we were cheating!’ 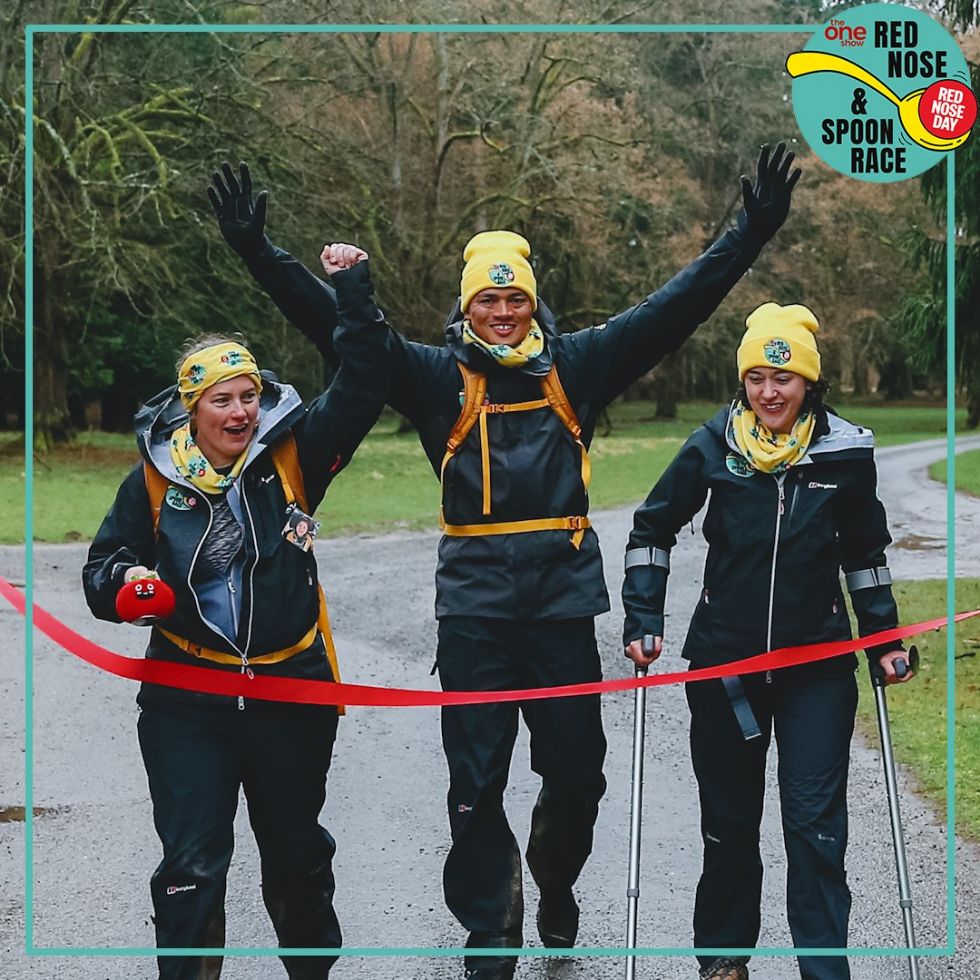 The teams had checkpoints along the way with one person carrying the tomato at a time: ‘When we transferred it between people we weren’t allowed to touch it and if there were obstacles we had to climb them. There was a canoe challenge on day 3 so we had to get into a canoe holding the tomato on a spoon, do a canoe sprint time trial and get out again without dropping the tomato! We did manage it, I am not sure how!’

Claire’s team-mate Emily was from Bristol and she was supporting the Foodshare charity while Claire was highlighting the important work of Steps: ‘They are a very small charity that do intensive physio. Evelyn started working with them in September 2019 but since lockdown the sessions have been via Zoom. She has made so much progress and the week before Christmas we had a walker delivered for Evelyn which we never thought was ever going to be an option.’ 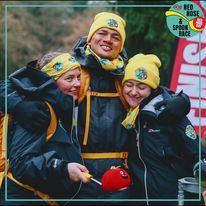 Claire did training to get prepared for the challenge which was very physically intensive: ‘Whenwe did the marathon, we were out for 13 hours that day, so it was very long. It was so much fun. As I am a Scout leader it was everything that I love doing all rolled into one!’

To see more about the Nose and Spoon challenge click here.

To find out more about the Steps charity click here. 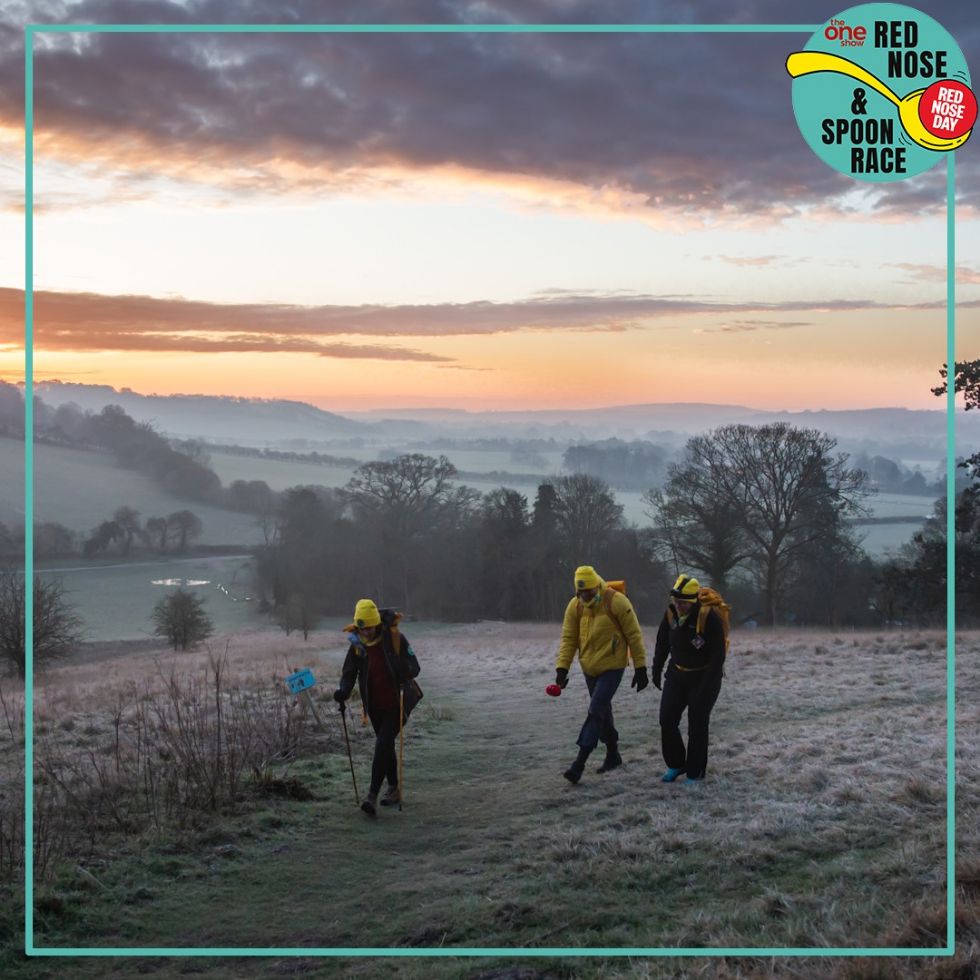