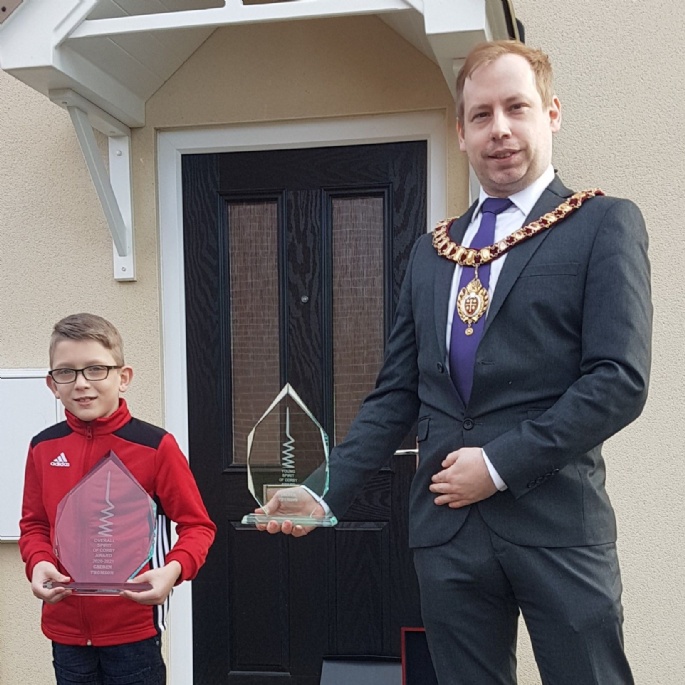 Our student Caeden Thomson, who has been awarded two Spirit of Corby Awards, including one as overall winner, is delighted to have received his trophies from Mayor Laurence Ferguson.

For Caeden, who has cerebral palsy, it is the latest in a string of awards and accolades since he hit the headlines last year when he and his family completed an amazing charity walk up Ben Nevis which raised nearly £23,000. The money was donated to Kettering General Hospital, St Mary's Hospital, Kettering's Sudborough House, and charity Scope.

Over the past few months Caeden has appeared on national television, been named as a ‘Point of Light’ by the Prime Minister, won a ‘Rose of Northamptonshire’ award and is thrilled with his latest awards.

Caeden's mum, Lisa said: 'He really enjoyed meeting Cllr Ferguson who told Caeden he would be sure to subscribe to his YouTube channel! It's been an amazing journey.  We are hoping it's safe again soon, so we can get out and take on a new challenge to continue to raise money and help others.'

To read more about Caeden and the Spirit of Corby Awards click here.